Corinth. Problems in the early Church.

Divisions in the Church.
How to deal with problems.

Judging (2)
Dealing with sin in the church

Privileges of a Christian.
Judging Angels.

Run the race.
Things that trip us up.

Printable version of the love checklist 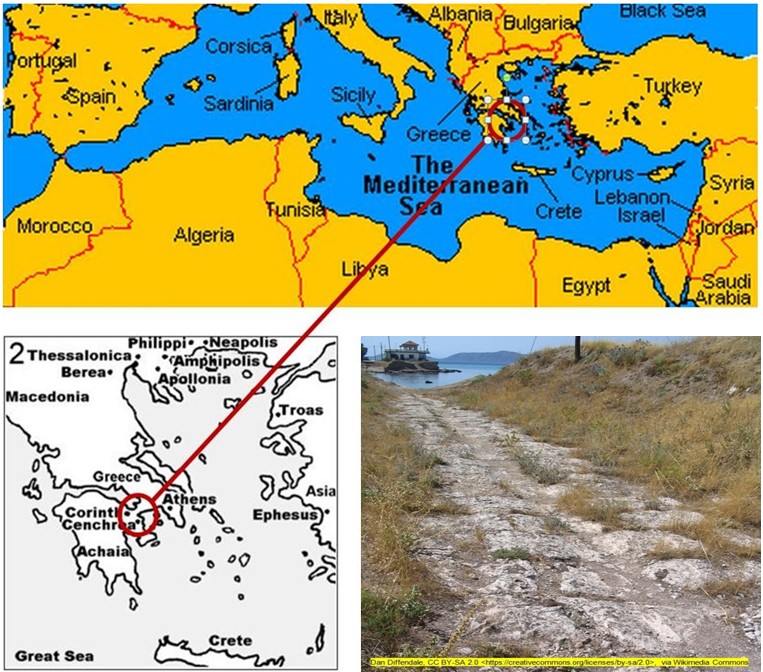 Corinth is on the coast towards the far end of Greece, on the Corinthian Gulf which leads from the Ionian Sea on the west, to the Aegean Sea to the east. Separating them by a strip of land only 4 miles wide. To avoid an additional trip of around three hundred miles for traffic from Italy heading for Athens and the lands to the east, many goods were unloaded at Corinth and taken by wagon across the Isthmus. Smaller ships, fully laden, were dragged over a stone trackway laid in the 7th century B.C. In Roman times, rollers were used under the vessels.