1 Afterwards Jesus appeared again to his disciples, by the Sea of Galilee.

Can anyone tell me what had happened since Jesus met the disciples (with Thomas)? Why are they now in Galilee, seventy miles north of Jerusalem?

(I have attempted to show where and when events occurred during the fifty days from Passover to Pentecost by providing extracts from the four Gospels and Acts. You can see them by clicking  HERE )

There were seven weeks between the Resurrection and the Day of Pentecost, which provided an opportunity for the Disciples to travel to Galilee and then later return to Jerusalem. But Jesus too had purposes and for them he needed his disciples in Galilee for a while.

Basically, most of the disciples seem to have obeyed what they had been told (Mark 14:28, 16:7, Matthew 28:10) and had travelled back to their homes in Galilee (possibly others (Luke?) may have remained in Jerusalem).

But having returned home, what were they now going to do?

It happened this way: 2 Simon Peter, Thomas (also known as Didymus), Nathanael from Cana in Galilee, the sons of Zebedee, and two other disciples were together. 3 ‘I’m going out to fish,’ Simon Peter told them, and they said, ‘We’ll go with you.’ So they went out and got into the boat, but that night they caught nothing.

They might have well gone fishing. What else could they do? But now imagine the thoughts of those Disciples. Cold, tired, hungry, wet, in the dark; and all the time the weight of the loss of Jesus was heavy upon them. And now they can’t even catch fish.

4 Early in the morning, Jesus stood on the shore, but the disciples did not realise that it was Jesus.

5 He called out to them, ‘Friends, haven’t you any fish?’

They were trained, professional, experienced fishermen. By now they were totally despondent – nothing seemed to be going right. Look again at verse 5: the observer on the shore knew very well that they hadn’t any fish!

6 He said, ‘Throw your net on the right side of the boat and you will find some.’ When they did, they were unable to haul the net in because of the large number of fish.

I presume that the leading edge of the net would be brought into the boat and as the rest of the net was pulled in, fish would start spilling over into the boat. But this time no fish spilled over as the weight of the catch was too great - and remember there were five men to pull the net in.

7 Then the disciple whom Jesus loved said to Peter, ‘It is the Lord!’ As soon as Simon Peter heard him say, ‘It is the Lord,’ he wrapped his outer garment round him (for he had taken it off) and jumped into the water.

I’m sure that Peter, perhaps more than any of the others, wanted to speak with Jesus; he wanted to clear the guilt of his denials. Now, having failed to even catch any fish, Peter was driven to reach out to Jesus and leaving everything behind, he jumped into the sea.

8 The other disciples followed in the boat, towing the net full of fish, for they were not far from shore, about a hundred metres. 9 When they landed, they saw a fire of burning coals there with fish on it, and some bread.

Jesus had already provided breakfast for the men. So why then verse 10?

10 Jesus said to them, ‘Bring some of the fish you have just caught.’

Jesus didn’t need fish, but he did want Peter to see exactly what was in the net.

11 So Simon Peter climbed back into the boat and dragged the net ashore. It was full of large fish, 153, but even with so many the net was not torn.

For those fishermen, 153 fish would have been a reasonable catch. But we are told that they couldn’t haul the net in, it was too heavy (v6). And why count them so specifically? – It doesn’t say: ‘about 150 fish’. The answer lies in our understanding of the word ‘large’. I have always imagined the sort of large fish you might see on the fishmonger’s counter.

My wife and I had a holiday in Israel, and we had a trip across the Sea of Galilee on a big pleasure boat. Half way across, the boat stopped, the captain stripped to his shorts, and dived overboard. He had seen a fish, floating on the surface – not dead, but dying. He grabbed the fish which struggled half-heartedly, and with the help from the rest of some other members of the crew, managed to get it on board. It was quite a fat fish, rather like a carp, but it was about three feet long. 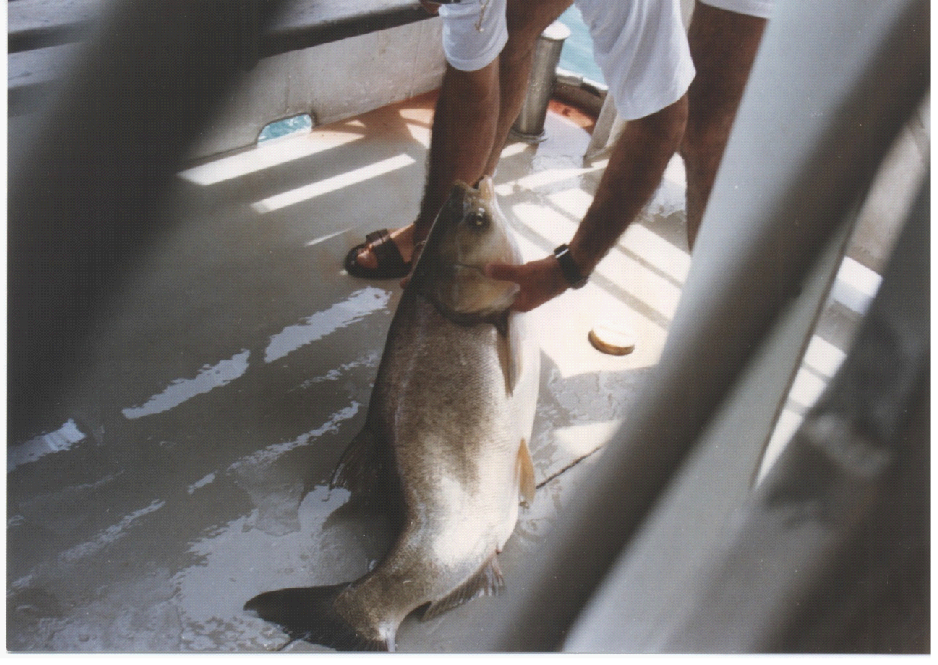 We were amazed to think that anything grew that size – and if I caught a net full of those, I would certainly have counted them!

For the Disciples, and particularly Peter who had not only denied Jesus but had also led the other Disciples in this failed fishing trip, the lesson was that Jesus hadn’t left them; and with his help, even normal day-to-day tasks could be miraculously transformed.

12 Jesus said to them, ‘Come and have breakfast.’ None of the disciples dared ask him, ‘Who are you?’ They knew it was the Lord. 13 Jesus came, took the bread and gave it to them, and did the same with the fish. 14 This was now the third time Jesus appeared to his disciples after he was raised from the dead.

Were the Disciples rebuked for going back to their old occupation?

Was it legitimate for them to do it?

Was it a sensible thing to do?

But Jesus used it to demonstrate that without him, and in our own strength, we may find that we are unable to do those things that we may consider to be quite simple. But he had to teach them that now, even though he had been crucified, the risen Lord can help in those same simple tasks – and produce amazing results.

6 He said, “Throw your net on the right side of the boat and you will find some.” When they did, they were unable to haul the net in because of the large number of fish.

11 Simon Peter climbed aboard and dragged the net ashore. It was full of large fish, 153.

Perhaps sometimes we feel that in some way we have let the Lord down, and because of that, he can no longer trust us or want to use us in his service. What is the worst error in thinking like that? It’s the error of bringing God down to our level – thinking that he will react in the same way that we would; limiting his power and the extent of his love.

One of the reasons that the Bible records the failures of God’s people is to show that all the time, God is looking for their restoration – the father looking down the road every day, waiting for the prodigal son to return. More than that, if ordinary methods fail, he is quite prepared to use extraordinary ones.

15 When they had finished eating, Jesus said to Simon Peter, ‘Simon son of John, do you love me more than these?’

He answered, ‘Yes, Lord, you know that I love you.’

Peter was hurt because Jesus asked him the third time, ‘Do you love me?’ He said, ‘Lord, you know all things; you know that I love you.’

There has been much said about the uses of the different words for ‘love’ in this passage. In Jesus’ questions in verses 15 and 16, he used the word ‘agapao’ – the active love of God for his son and his people. The other word used for love in the rest of this passage is ‘phileo’ – the strong love and affection between family and friends

There are also differences in the words Jesus used in commissioning Peter: ‘Feed my lambs’, ‘Take care of my sheep’, ‘Feed my sheep’. Peter was to have a range of ministry from young Christians to those who were more mature in their faith.

18 Very truly I tell you, when you were younger you dressed yourself and went where you wanted; but when you are old you will stretch out your hands, and someone else will dress you and lead you where you do not want to go.’ 19 Jesus said this to indicate the kind of death by which Peter would glorify God. Then he said to him, ‘Follow me!’

The last words: ‘Follow me’ were sufficient for Peter to know he was restored to future service for his Lord. But the words which preceded them seemed to speak of a martyr’s death. (Tertullian suggested that at the time he was writing, (around AD 200) it was well-known that Peter had been crucified under the emperor Nero)

20 Peter turned and saw that the disciple whom Jesus loved was following them. (This was the one who had leaned back against Jesus at the supper and had said, ‘Lord, who is going to betray you?’) 21 When Peter saw him, he asked, ‘Lord, what about him?’

The passage speaks for itself! John (obviously) wants the rumours cleared up – he knew he was not immortal.

Although tradition states that he alone of the Apostles was not martyred for his faith, it does say that he died in exile.

24 This is the disciple who testifies to these things and who wrote them down. We know that his testimony is true.

We can only guess who wrote this, but no-one has since denied it!

25 Jesus did many other things as well. If every one of them were written down, I suppose that even the whole world would not have room for the books that would be written.

And we are still writing today!